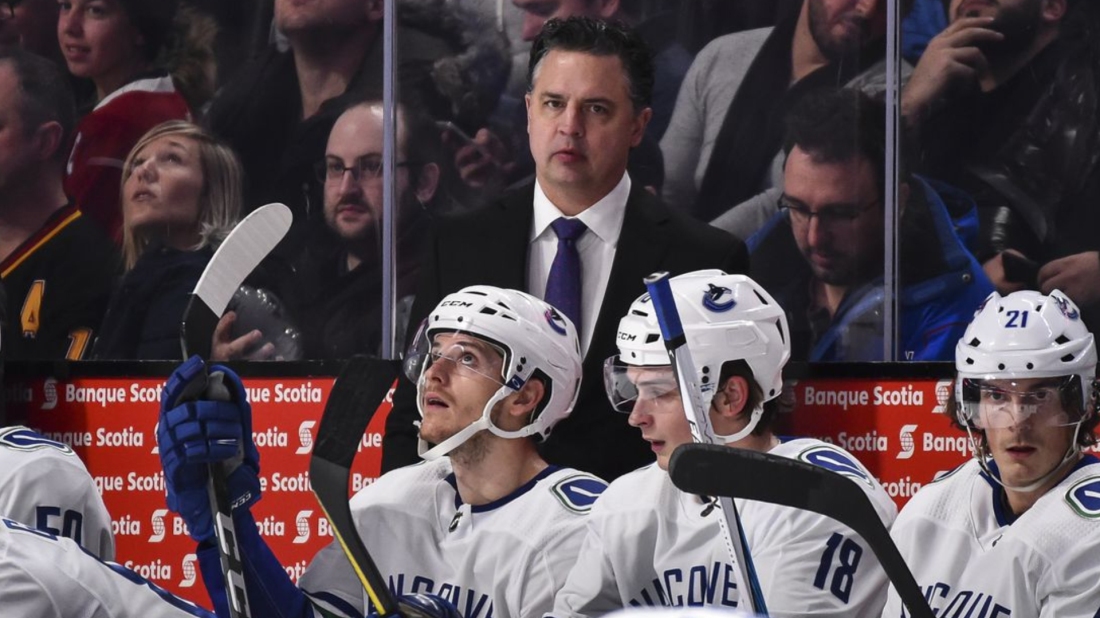 This is the second of a three-part series looking back at the 2018/19 Vancouver Canucks’ season. Having discussed Jim Benning’s 2018/19 season, this installment focuses on Travis Green’s 2018/19 season as Canucks Head Coach.

Travis Green entered his second season as an NHL head coach without a big crutch to lean on. Well, two of them. The first season after Daniel and Henrik Sedin retired, Travis Green was given the task that fans and media have spent years clamoring for — putting the young and impressionable Canucks prospects in key, top six roles.

No pun intended, but Travis is still green. Much like previous head coach, the maligned Willie Desjardins, Travis Green entered the league with a lot of buzz as a result of some success in the WHL and AHL ranks. But unlike Willie, Travis seems to be a bit more comfortable in the job with an understanding of how to deal with professional athletes. Playing 970 NHL games over his career, Travis Green could identify with NHL players in ways Willie Desjardins never seemed to be able to.

As for the past regular season, Travis Green became somewhat of a polarizing figure in Vancouver. While he gave Brock Boeser and Elias Pettersson the ice time to flourish and produce points, he remained stubborn in regards to other key players. 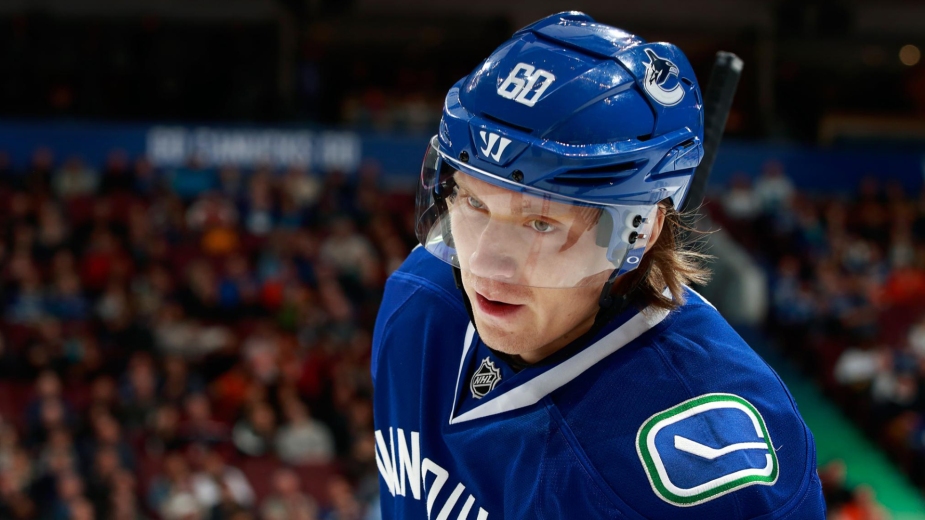 Markus Granlund seemed to be the player that Travis Green relied on throughout the whole season. A hard-working, bottom six, depth player, good for a penalty kill and 20ish points per season. I started to get the sense that Green saw a lot of himself in Granlund when he was playing a similar role later in his career.

While all head coaches always seem to have their older, responsible player they rely on, Granlund soon was deployed in critical moments. Offensive zone faceoffs, significant power play time and even during 3 on 3 OT’s. Now don’t get me wrong, Markus Granlund is a fine depth player. He could stand out in a bottom six role, similar to a Jannik Hansen; however, power play and high speed 3 on 3 overtime shifts are not for him.

One of the coaching staff’s most significant faults this past season was the power play. It was stagnant, predictable and not at all threatening. Operating at just 17.1% (22nd in the league), Travis Green and the coaching staff appeared to lack the creativity needed to make a solid PP. Alex Edler was the lone d-man on the power play and it felt like the only way to take that position away from him was from his cold, dead hands. While players like Troy Stecher, and eventually Quinn Hughes, made a solid case for that spot on the PP, everything remained the same. It was an uninspired approach, and it seemed that Green was afraid to change things up. He only seemed to encourage an innovative and open-minded approach to offense in 3 on 3 OT. During a regulation power play though, it was groundhog day.

While Travis Green deployed Markus Granlund in those offensive opportunities in crucial moments in games, Green did not do the same for another player– assuming he even cracked the line up that night. 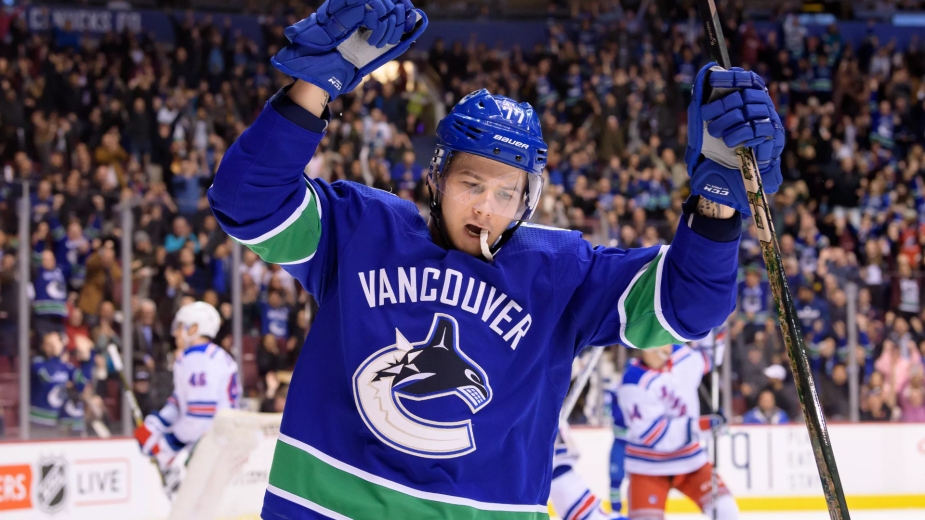 Nikolay Goldobin was a healthy scratch in ten of the final eleven games of the season. (Photo credit: Icon Sportswire via Getty Images)

Travis Green’s treatment of Nikolay Goldobin this season was confusing, to say the least. Following Sam Gagner’s demotion to the AHL, Goldobin’s roster spot seemed like a guarantee. And he started the season saddled with Pettersson and Boeser. There was chemistry right off the hop as Goldobin put up a goal and an assist in the first two games. The next ten games, he went pointless, and his leash became shorter and shorter with the head coach.

I understand what Travis Green was doing here. Nikolay Goldobin is young and impressionable. Perhaps he got a little too comfortable after Gagner’s demotion and just assumed he had a roster spot every game with the two best players on the team. Nothing is more fun than riding coattails after all! His defensive game really came into question. His work ethic and ability to play the two-way game became a front and centre issue with the coach, fans, and media. While veteran players could make mistakes, have defensive breakdowns or have their point production dry up, they remained in the lineup every night. However, Goldobin was regularly benched, demoted to a bottom six line and eventually deemed a healthy scratch the next game.

I’ve been vocal most of the season on the podcast that with young offensive players like Goldobin, you need to give him a longer leash. He needs to have the ability to be creative and gain confidence with the puck. While a two hundred foot game is incredibly important these days, so is having multiple lines of fast and talented goal scorers. At the end of the day, you need to let the kid play. If he spends his entire time worried about making mistakes and focusing only on backchecking and being defensively sound, he’s going to lose that scoring touch pretty damn quickly, and that’s why a Goldobin is on your team, to put up points.

With rumours swirling these past few weeks of Goldobin’s return to Russia and the KHL, a change in representation and an official statement about his future, clearly, there is some disconnect between team and player. If the Canucks were going to try and trade Goldobin in the off-season, wouldn’t they want to give him as much ice time to produce and impress?

Alternatively, is it possible the Goldobin treatment during the final month of the regular season is going to become the long-term strategy for the his future in Vancouver? Harsh, if so. 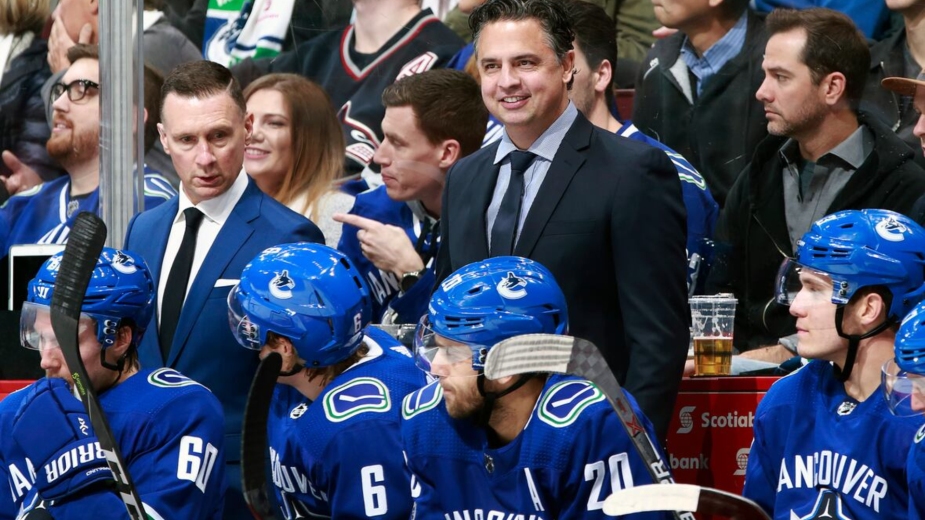 But at the same time, you have to admire what Travis Green is doing with these young Canucks who need a little guidance. Green and front office clearly see something special in Nikolay Goldobin. If he was a bust in their eyes, they wouldn’t waste their time or energy on guiding him in the right direction or try to help mold him into a complete player. It is eerily reminiscent to how Green and the Canucks dealt with Ben Hutton the season prior. They clearly saw the potential and skill in Ben and doubled down on tough love and bettering his work ethic — and it paid off. Ben Hutton improved tremendously this past season. He was once again placed in important situations, tasked with key matchups, and he put up big minutes. When the team dealt with another season of catastrophic injuries, the ball was handed to Ben Hutton, and he ran with it.

Travis Green’s 2018/19 season was not one riddled with personal successes. It was the first season where the veteran presence in Vancouver were secondary performers. Green helped groom and mold these young players and did his best to instill them with a work ethic, with pride, and with a mindset that everything is earned.

This season is not the measuring stick for Travis Green. The lessons he instilled on his young team this season and how they pan out in the next few seasons, those are how you can judge Green’s efforts in Vancouver.

But as for how his 2018/19 season was? It wasn’t great. He continues to learn on the job at the NHL level. There are some stubborn tendencies that present themselves at inopportune times and it’s hard to say whether this old school, ‘tough love’ approach to the game resonates with the younger players of today.

Coaching has evolved so much in the past decade, we’ll have to wait a season or two to see if Travis Green has as well.