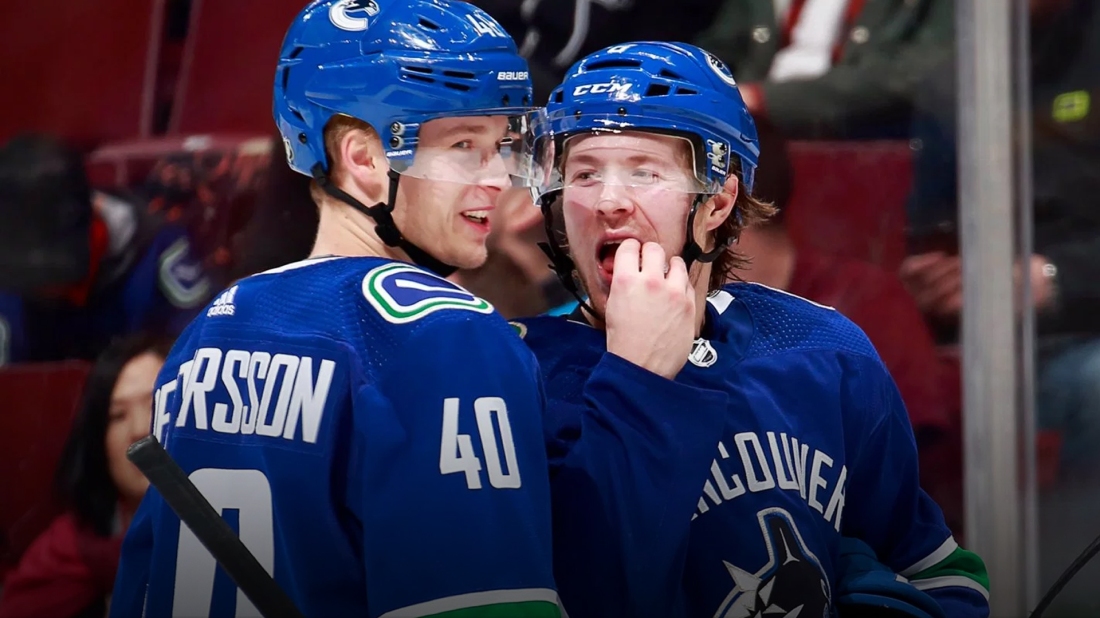 Elias Pettersson returned to the Vancouver Canucks lineup. The skies parted, the sun shined over the city and all was right again in the world.

Ryan, Geeta and P Mac gather this week at the palatial estate to discuss an eventful week in sports. Dave skypes in from the nation’s capital to discuss a third straight week of chaos surrounding the Oilers. From players being put on waivers to some embarrassing losses, it’s another week of nonsense in the Alberta capital with a team that will do everything it can to make the playoffs in the spring.

They also discuss the Vancouver Canucks’ extended homestand including Thatcher Demko’s first win of the season over the Buffalo Sabres and Elias Pettersson’s return to the lineup in a 3-2 matinee win against the Detroit Red Wings. Petey wasted little time before scoring his 23rd goal of the season. He also netted an assist and made the Canucks once again look like an offensive threat.

The Toronto Maple Leafs are looking human these days. Their midseason slump continues and so does William Nylander’s scoring woes. After getting just his fourth point of the season in a 4-2 loss to the Arizona Coyotes, it might be time to reevaluate that signing before it’s too late for Kyle Dubas and the Leafs.

Support the show on Patreon! Pledge a coupla bucks (or $5) and get instant access to all our bonus content. This week Ryan and Geeta share an interesting encounter outside the art gallery and Ryan tells a tale of a cheapskate patron at the table next to him who refused to tip for the most pointless of reasons.

We were asked this question on our new podcast:
You can watch our new episode in video and in living colour on our @patreon!
"That is some green bubble bullshit!" - @geetanjalired
The one positive out of tonight's #Canucks game.
The glamorous set up for our PON Satellite Hot stove podcasts.
Gonna need to get this framed...