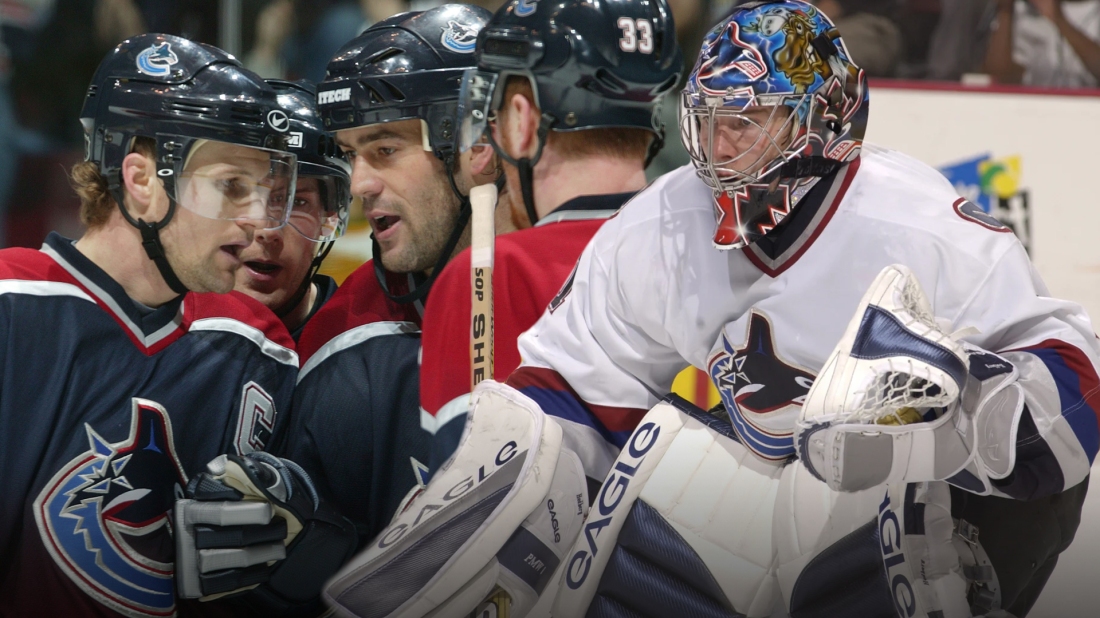 A clip from our April bonus episode on the 2003/04 Vancouver Canucks.

In this clip, we look back at the ‘Chris Levesque game’ on December 9th 2003 between the Canucks and the Penguins. Long before David Ayres, a third string UBC Thunderbirds goalie sat on the bench backing up Johan Hedberg. Seemed like a pretty easy evening for Levesque until Hedberg went down following a collision.

Ryan and P Mac look back at the 2003/04 Vancouver Canucks season. From goalie controversy after goalie controversy, to everything that lead to the Todd Bertuzzi/Steve Moore incident on March 8th 2004. They look at the seven game first round series vs the Calgary Flames and the fallout of another underachieving season for the West Coast Express.

If you aren’t yet pledging a coupla bucks and you want to help support Pucks On Net, become a Patron today! Help cover production and hosting costs, equipment upgrades, contest prizes and new merchandise!