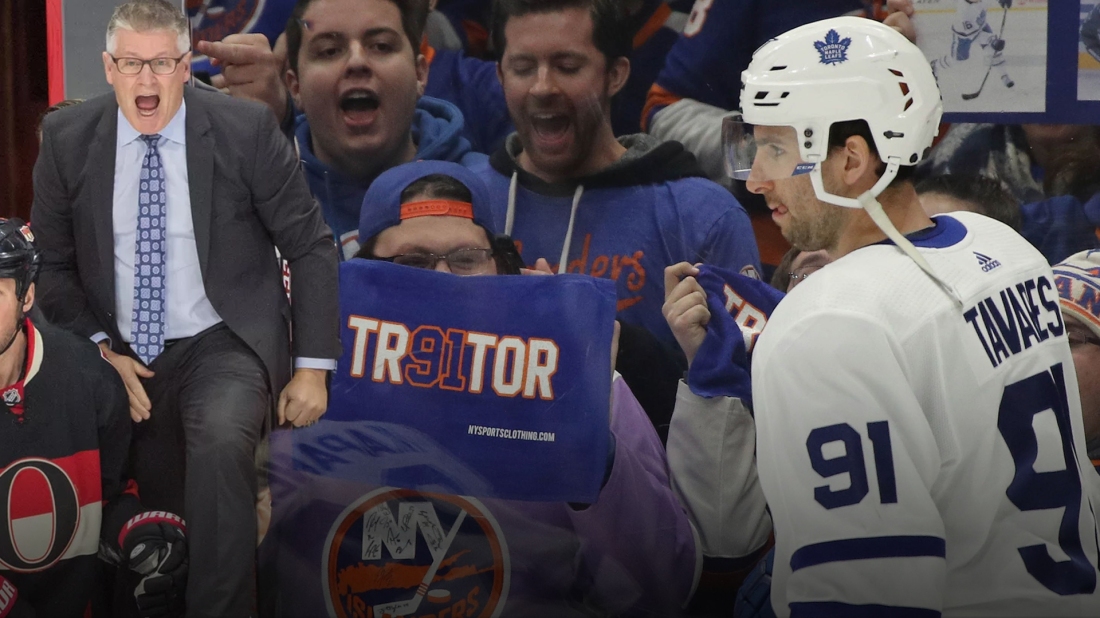 It only took six years, but this podcast has finally willed Marc Crawford back into an NHL head coaching job. Okay well, it’s the Ottawa Senators, but it still counts! Technically.

Ryan, Geeta and P Mac gather around the mixing board at the palatial estate this week to discuss a sluggish start for Columbus following the NHL Trade Deadline. With their playoff chances diminishing each day, you have to remain confident in Columbus and that the Blue Jackets can turn this around following one heck of a roster shakeup.

They discuss Crawford’s return to head coaching following Guy Boucher’s strange firing with just 20 games left in the season. What exactly can this coaching change due for the Senators in the short term and going forward? A lot of fans and media weren’t able to make a lot of sense of it.

They also talk about John Tavares’ return to Long Island, Sean Avery sounding off on the Islanders fans and Toronto’s warm reception for their favourite son that wears #91.

Quinn Hughes’ future and the Canucks’ agonizing finish to the regular season are also talked about. They also answer a great Twitter question regarding the Canucks and The Office.

Support the show on Patreon! Pledge a coupla bucks (or $5) and get instant access to all our bonus content. This week Ryan discusses going to see Robyn in concert as well as interrupting the Covenant House Sleep Out to visit a friend. P Mac and Ryan remember how they became friends and all three agree to play the newlywed game.

There was an error retrieving images from Instagram. An attempt will be remade in a few minutes.