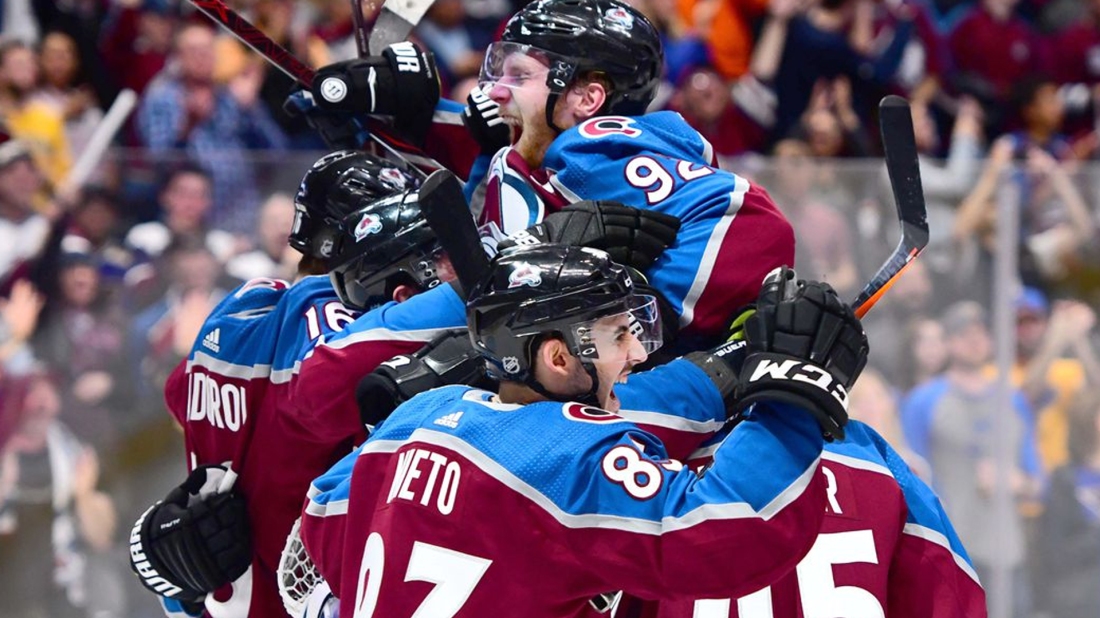 Who won the Erik Karlsson trade? The Colorado Avalanche.

As discussed on this week’s podcast, Colorado is expected to benefit greatly from Ottawa’s inevitably awful upcoming season.

When Matt Duchene was finally dealt from Colorado in that gigantic, three-team, blockbuster deal with Ottawa and Nashville, everyone looked to benefit.

Colorado got rid of their locker room problem. They received a couple of nice prospects and some very intriguing picks, including Ottawa’s first-round draft pick in 2018. All three teams were set to head in their own direction, all seeming stronger and better off with the trade being made.

The Colorado Avalanche came together as a team. They shook the label of a ‘rebuilding team’ quickly and put together a memorable run to the playoffs. Nathan MacKinnon became the true leader and star player he was supposed to be, instead of ‘the other guy from Coal Harbour Nova Scotia.’ Despite the abrupt first-round exit to Nashville, the Avalanche seemed much better off without Duchene.

Unfortunately, it turns out that Ottawa did not benefit from the trade as Nashville and Colorado did. No one could have predicted the Senators would have a season as memorable as they did in 2017/18

The Senators welcomed Duchene to the team while overseas playing two games in Sweden against who else, the Colorado Avalanche. Awkward? Duchene never seemed to fit in in Ottawa. He took months to find chemistry or put up points consistently, the Sens entered a downward spiral of terrible play on the ice, and some alleged eye-opening controversies off the ice.

When it was all said and done, the Ottawa Senators, who were one game away from the Stanley Cup Final the season prior, finished with 67 points, second to last in the Atlantic Division. They would be picking fourth overall in the draft, and Ottawa management made the tough decision to exercise their top 10 draft lottery protection on the pick traded to Colorado (should the Senators draft within the top 10 of the 2018 draft, they had the option to keep the pick and instead offer the Avalanche their pick in 2019).

The Sens exercised this right and drafted Brady Tkachuk fourth overall. Then they traded Mike Hoffman. Then Erik Karlsson was shipped out of town for pennies on the dollar in a rental trade with San Jose. Once you look at the Senators razor-thin roster this season and their incredible lack of goalscoring ability, it becomes quite clear that Ottawa made a colossal mistake this summer.

Ottawa is expected to finish in the bottom their division and conference again this season. Protecting their fourth overall pick to get Tkachuk means that Ottawa’s 2019 pick is committed to Colorado. With their leading scorers traded out of town and the likes of Marc Stone and Matt Duchene expected to be trade deadline deals this season, the expectations have never been lower for Ottawa. They could arguably finish 31st overall with the best possible draft lottery odds for projected first overall draft pick Jack Hughes. In a scenario that is eerily similar to Toronto trading two first round draft picks for Phil Kessel in 2009, one team is looking to benefit from another team’s misfortune.

Jack Hughes is a generational talent — an absolutely gifted centre who an organization looks to build a team around. He is the exact player the Senators need in their rebuild. With Duchene likely leaving Ottawa by July 1st, 2019 (or sooner), Jack Hughes will be the perfect player to fill the Duchene-sized hole left on both the Ottawa Senators AND the Colorado Avalanche.  Unfortunately, it won’t be in Ottawa.

This is going to be a slow and miserable season with no light at the end of the tunnel for the Ottawa Senators and their fans. There is no silver lining at the Draft Lottery. There is no hope or optimism. The only thing Senators fans (and probably the management too) can wish for is that the team has the worst possible luck in the draft lottery and another basement dwelling team wins the draft lottery and wins the chance to draft Jack Hughes. For now, all Colorado has to do is sit back and wait. I wonder how much attention Avalanche GM Joe Sakic is going to be paying to Ottawa Senators games this year?

There is not much to look forward to in Ottawa for the 2018/19 season. Colorado, on the other hand, it seems like a pretty fun time to be an Avs fan right now!

You can listen to our entire episode this week below:

There was an error retrieving images from Instagram. An attempt will be remade in a few minutes.