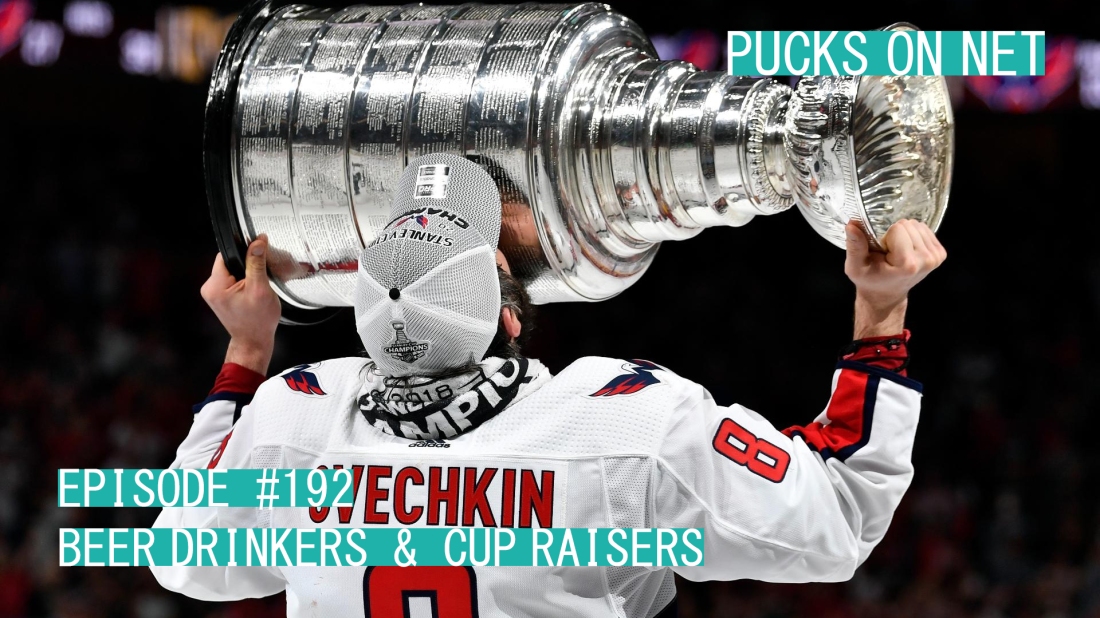 Alex Ovechkin was drunk for a solid 96 straight hours after winning his first Stanley Cup, and God bless him for it! He earned it!

Dave, Geeta & Ryan join you this week to wrap up the Stanley Cup Final. The Washington Capitals won their first Cup in franchise history in five games against the Vegas Golden Knights, but the only thing people seem to want to discuss is Alex Ovechkin drinking every single beer in the greater Maryland area.

They look back at the playoffs and what it took for the Capitals to win the holy grail of hockey. After a decade of second-round exits, usually to Sidney Crosby, the Capitals finally put together the right team to win it all.

Similar to the Washington Capitals, the Tampa Bay Lightning have been a team that is great on paper but unlucky in the playoffs.  We ask whether Lightning GM, Steve Yzerman, should follow the course of the Stanley Cup Champion Capitals and keep the core intact, making minor position player tweaks here and there. Or is it time to blow up the core in Tampa?

They also talk about John Tavares’ pending unrestricted free agency. There are rumours of a potential Vancouver visit where Trevor, Jimbo, and the gang will surely try to wine and dine him. Will the Real Johnny Hockey come to the west coast? Or are there more realistic landing spots out east?

They also talk about Brandon Sutter’s future with the Vancouver Canucks. With a lot of California teams calling about the “franchise” centreman, could he be moved if the price is right? Also, Milan Lucic seems to be wanting out of Edmonton. Could an Eriksson/Lucic switch finally happen?

The gang answers your Twitter questions give some thoughts on former Vancouver Canucks and Giants PA announcer John Ashbridge. The dear friend of the show passed away last week at the age of 71.

This one’s for you, John!

Listen to this week’s 5 Minutes for Paying for our $5+ Patreon backers. The gang talks Tinder, Ryan’s Playboy subscription and much more!