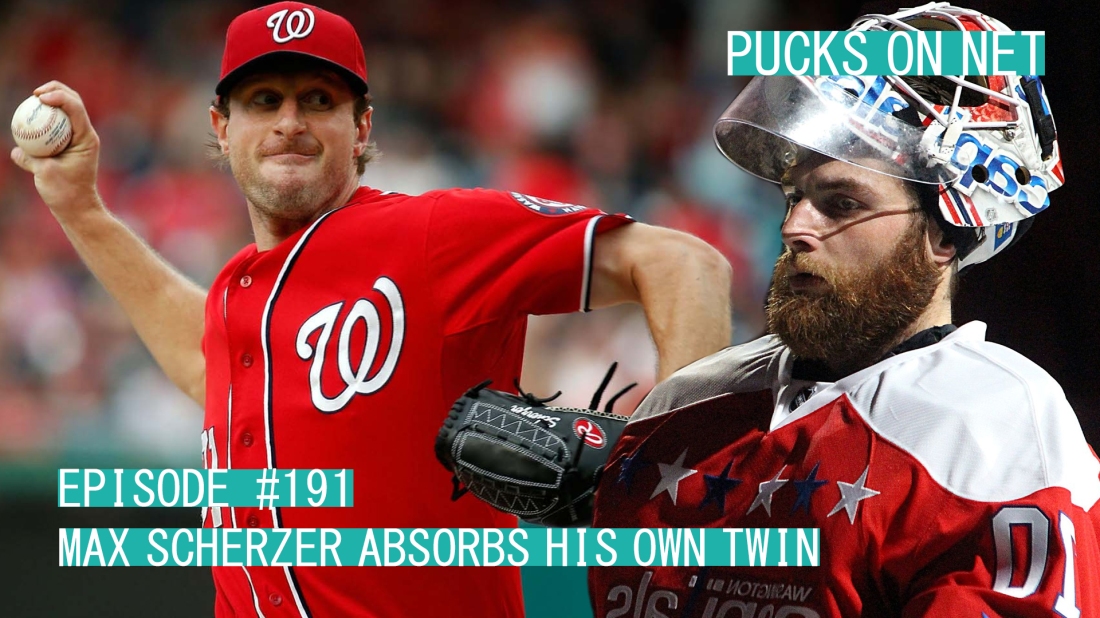 The Washington Capitals have the Vegas Golden Knights on the ropes. Ovechkin can taste the silver polish and DC wants the Stanley Cup.

Ryan, Dave & Geeta join you this week to talk about the first four games of the Stanley Cup Final. From the pageantry of the pre-game ceremonies of the Golden Knights, to Pat Sajak coming out in a pullover talking to the fans with mild feedback.

They also talk about Capitals’ superfan Max Scherzer, starting pitcher for the Washington Nationals and how he’s watched (and played) during this Stanley Cup run.

They also discuss the Calgary Flames’ lack of draft picks, what went wrong with their season, and what they need to do to get back on track.

They’re also discussing more Noah Hanifin to Vancouver trade rumours and what they would need to give up to get the All-Star D-man.

Listen to this week’s 5 Minutes for Paying for our $5+ Patreon backers. Geeta and Paul discuss 13 Reasons Why, a 10-year-old Ryan watches Leaving Las Vegas and Geeta goes to the “Zoo”.