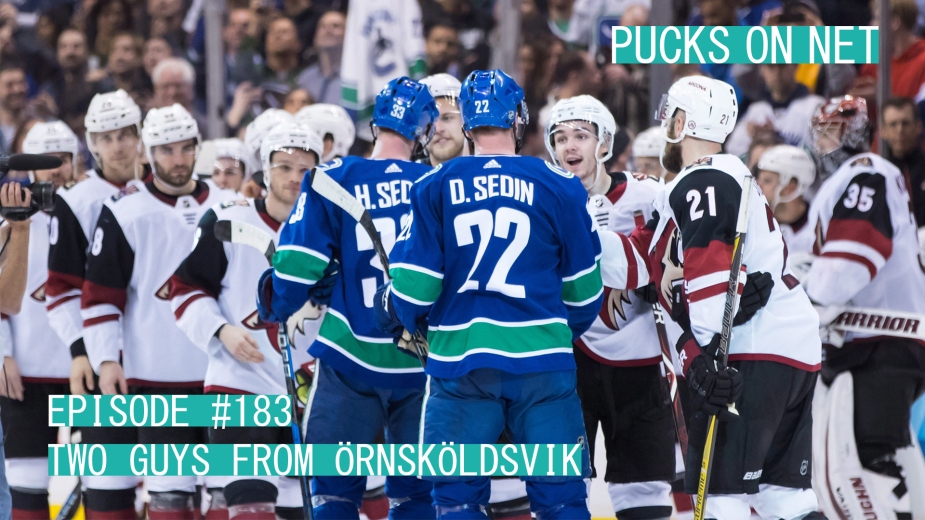 The Sedins call it a career after 18 seasons, all with the Vancouver Canucks, and they received a hero’s goodbye from Vancouver fans, Edmonton fans and every team they faced.

A full bench at the palatial estate this week as the gang discusses the Sedins’ retirement, their final games and what Jim Benning and the Canucks will do with that 14 million dollars in cap space.

They also praise Claude Giroux, who leads the Flyers into the playoffs on the final day of his most successful regular season yet. How far will Philadelphia go this season?

The NY Rangers fire Alain Vigneault at 11pm after the final game of the season. Where will AV wind up? How long will he be unemployed? And should the Rangers have cut ties with AV at this point in their rebuild, retool, or whatever you call it!?

Finally, the gang gives their thoughts on the terrible tragedy in Humbolbt as 15 members of the Humboldt Broncos hockey team and organization.

Listen to this week’s 5 Minutes for Paying for our $5+ Patreon backers. The gang opens old hockey cards and answer the tough question of which Ghostbuster each member of the show would be.