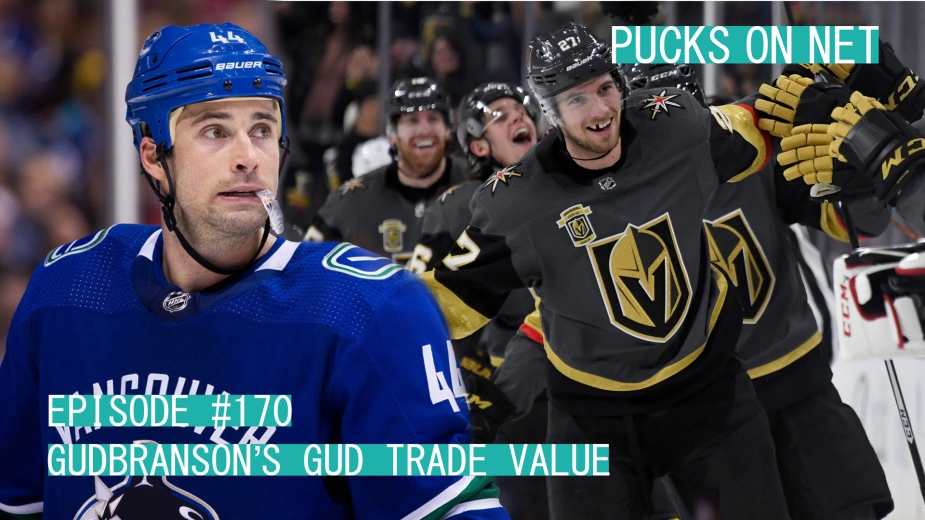 Happy new year everybody! A full bench joins together at Geeta’s palatial estate to talk about about the harsh realty of a Stanley Cup parade down the Vegas strip. How did those Golden Knights get so good, how far can they go in the playoffs and how well are they set up for the future?

The gang also discusses the pesky problem facing the Canucks, Erik Gudbranson. As the rumblings of being on the trade block are becoming crystal clear. Where does he wind up? Will another general manager swoon over his grit and his intangibles? Or will he Dan Hamhuis his way out of town?

They also discuss the likelihood of Jim Benning remaining as general manager next season in Vancouver, who could possibly take over the role and a positive story out of Long Island as the NY Islanders appear to finally have a new home for their NHL point leading forwards John Tavares, Josh Bailey and Anders Lee

Listen to this week’s 5 Minutes for Paying as the gang discusses The Room (again), The Disaster Artist and sleep problems.