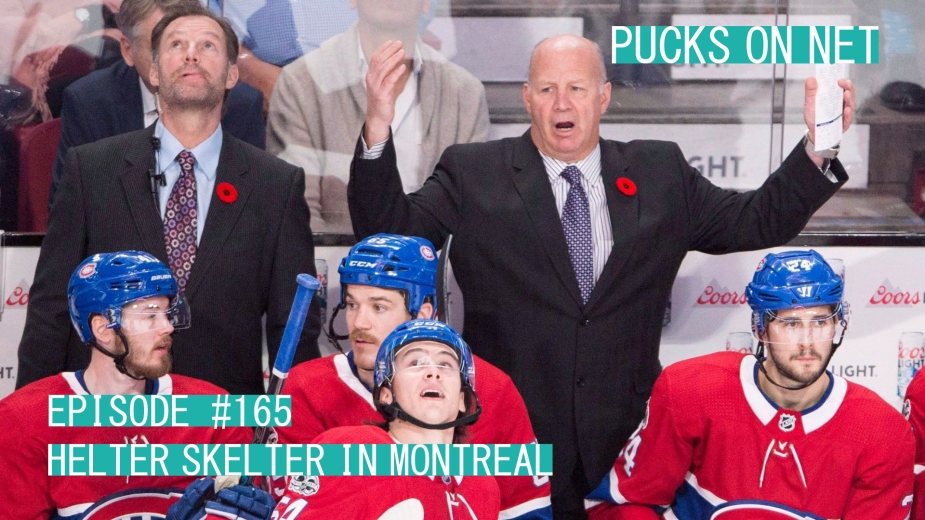 The Arizona Coyotes are winning games, which is a positive for fans in the desert, but a negative for Montreal Canadiens fans, as the Habs suffer quite possibly one of the most embarrassing losses in recent memory.

A full bench gets together at Geeta’s palatial estate to discuss Brock Boeser’s impressive goal scoring abilities, his ascension to the Canucks true top line. But can Vancouver buck the trend of controversy with their young talented prospects? Can they lock down Boeser for a successful tenure with the Canucks? Or will he get run out of town like the Codys, the Ryans and the Pavels of the world?

The gang also discusses the serious mounting problems mounting in Montreal. Craig Button describes them as a fundamentally broken team, from top to bottom. What needs to be done in Montreal? Who needs to go, whether it’s being fired or traded, something has to change!

They also how it’s another week of Tampa Bay Lightning players leading the NHL in goals, points and goalie wins as they continue to dominate the league with a healthy Steven Stamkos leading the charge.

Finally, they discuss the rumours of Houston wanting an NHL team, the need for new arenas in Calgary and Ottawa and the staying power of the ageless wonder, Rogers Arena

If you’re a $5 or more backer on Patreon, you can listen to our November bonus episode. A really fun Q&A with the whole bench discussing who will play one another in the upcoming PON biopic.