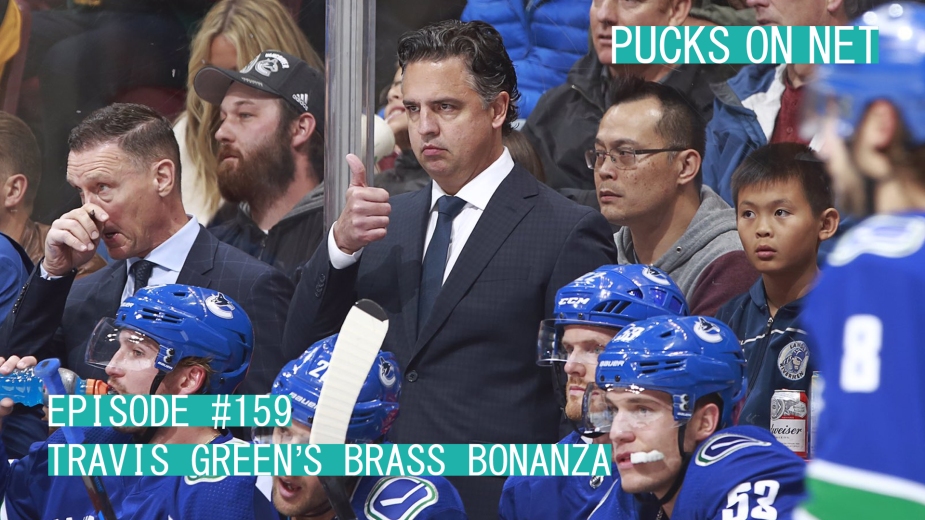 Hat tricks. EVERYWHERE! The first week of the 2017/18 NHL season was an eventful one. Four hat tricks scored on team’s opening nights, but more incredible: The Vancouver Canucks defeated the Edmonton Oilers, and left McDavid off the scoresheet.

Ryan discusses his encounters with Edmonton Oilers fans on opening night at Rogers Arena, and discusses Travis Green’s first NHL win against the Oilers. They discuss Derek Dorsett’s new role, the controversial decision to sit Brock Boeser and the limited role for the Sedins… at least during this game.

They also discuss the ongoing arena problems in Calgary and how the situation has turned oddly political and they share their mutual love and admiration for the Toronto Maple Leafs and the early season excitement around the New Jersey Devils!

If you’re a $5 or more backer on Patreon, you can continue listening to this episode on “5 Minutes For Paying”. Ryan shares the lowest point in his life, it involves $1.50 Legion beers, waking up hungover on Dave’s kitchen floor and trying to steal money for a current Patreon backer… in 2009