Martin St. Louis’ number is hanging in the rafters in Tampa Bay and Hayley Wickenheiser calls it a career. Two emotional moments this week in the world of hockey. 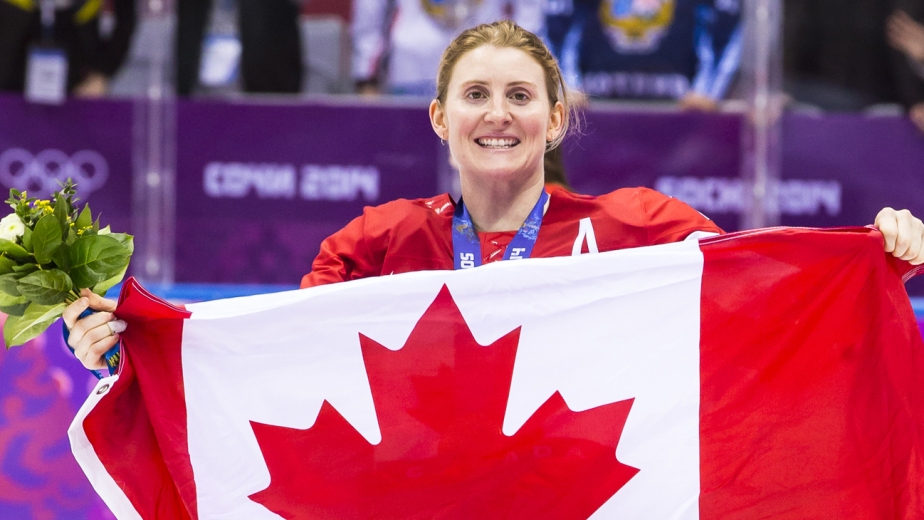 Ryan, Dave and Geeta start the show off this week. A mid-pod arriving P Mac is fresh off covering the New Jersey Devils vs Vancouver Canucks snooze fest. They discuss the incredible career Hayley Wickenheiser had and the HUGE impact on Canadian hockey. They also discuss Martin St. Louis’ number 26 being retired in Tampa, his problems with Steve Yzerman and a great clip of Stanley Cup winning coach John Tortorella on what coaching Marty was like.

They also discuss Jeff Carter’s amazing first half with the Los Angeles Kings, talk about San Jose’s endorsement from an usual and overplayed Bay Area band of yesteryear (no not Metallica) and talk about the new hot trend in professional sports, relocating to Los Angeles.

The Maple Leafs hype is real, VERY REAL. The gang discusses how much they love the team they have built in Toronto, but harp on the TO media for basically predicting a dynasty for a team who isn’t quite in the playoffs yet.

They take some questions from Twitter, talk about the Canucks lukewarm season and what they should do in the coming months as they continue to drop in the standings. P Mac shares some stories from the media scrum after another OT loss from Vancouver and what stubborn Willie needs to do with the team.

The @canucks taking over the Hall of Fame this November absolutely rules. Especially for these players from an era of the #Canucks who didn't get nearly the respect they deserved.
"Alex Mogilny should be in the hall of fame, I don't know why he isn't"
Nazem Kadri is a Stanley Cup Champion!
Guys. Just LOOK at Tampa!
Arash does NOT like baseball! ⚾️⚾️⚾️
Having some fun at the #Oilers and JOEY's expense on our new podcast. We talk about the #Canucks signing Kuzmenko. Links in bio.